Just like that, we are 30 percent of the way through the regular season of high school football.
Similar to last season, 16 teams per region will make the playoffs, so a chunk of the local teams won't
see their season end Oct. 21 on the last night of the regular season. Most teams in the area have made a push as to who will be in and who will be left out. But that's a conversation we'll pick up more and more as each week goes on.

Starting with this article, check out what place each team in is in and what division and region they are in (courtesy of Joe Eitel). Also starting with this article, I'll put this week's schedule for each high school and college team in the area. That's probably something we should have done from the beginning, but we're getting there! The top eight teams are guaranteed to host one playoff game while the top four teams can host twice. Also for volleyball, I'll post the most updated standings I can find for the Sandusky Bay Conference Lake division, Sandusky Bay Conference River division, and Northern 10 Athletic Conference.

Tiffin Columbian (2-1) – The Tornadoes made it two wins in a row with a huge 64-28 home victory
over River Valley last Friday. That's the most points Columbian has scored since Oct. 17, 2014 when
the Tornadoes beat Shelby, 83-82 in overtime. Somewhere, former Advertiser-Tribune sports editor
Zach Baker is still calculating statistics from that game. But for the present, Columbian has put up 110
points in the last two games after mustering just 14 points in the season opener against Fremont Ross.
Quarterback Brayden Roggow has settled in nicely for the Tornadoes, completing 45-of-75 passes for
638 yards and seven touchdowns. Jack Koerper continues to be the top target with 18 catches for 282
yards while Brady Gooding leads the team with four touchdown receptions. Damien Brockington has
run 42 times for 462 yards and six touchdowns. Things get tougher for Columbian this week when they
host Columbus Bishop Watterson (3-0), who has outscored its opponents, 104-15 this season.

Tiffin Calvert (2-1) – The Senecas took their first lump of the season, a 33-6 road loss to Norwalk St.
Paul last week. Calvert will surely want to forget about this one quickly, but a road trip to Gibsonburg –
where Calvert coach Steve Reser coached for eight seasons – awaits the Senecas. Through three games, Harry Schultz has completed 37-of-75 passes for 473 yards, but has four interceptions so far. On the ground, Jacob Rombach has carried the ball 43 times for 266 yards and three touchdowns, but his rushing numbers pale in comparison to Gibsonburg running back Connor Smith. The senior has 71
rushes for 627 yards and eight scores. The Golden Bears as a team have 114 carries for 1,050 yards and
11 touchdowns on the ground already. It's the first SBC River division game for Calvert, who hopes to
contend for the league title this season.

Carey (3-0) – Another week, another double-digit spanking at the hands of Carey. Make it 18 straight
wins for the Blue Devils, all by at least 12 points. Carey went to a bigger, but much less talented Toledo
Waite team and beat the Indians, 42-6. I think a lot of people thought there would be somewhat of a
drop-off for the Blue Devils after what they graduated from last year's Division VI state championship
team, but not so far. Lance Rickle has paced the offense so far with 40 carries for 246 yards and four
touchdowns on the ground while completing eight passes for 168 yards. Conner Norden has 36 rushes
for 227 yards and four scores and Eli Steen has added 29 attempts for 142 yards. Carey opens N-10
conference play this week at Wynford (0-3). The Blue Devils opened the season with two home games
and finish the year with two home games, meaning Carey has five road games in a six-week stretch in the middle of the season.

Seneca East (2-1) – The Tigers suffered their first loss of the season in their home opener against a
high-powered and resurgent Willard team. HooS' own Nate Mullins and Tommy Hall were in the house
for that one, but Seneca East couldn't quite get it done against the Flashes, who had averaged 60 points
a game in their first two games. Now, the Tigers turn their attention to Upper Sandusky, who enters at
1-2, but has one of the top quarterbacks in the league in Kaden Holman. For Seneca East, they have a
pretty good quarterback themselves in Blake Foos, who has completed 36-of-65 passes for 448 yards
and six touchdowns. From his QB spot, he also leads the team with 66 carries for 416 yards and five
touchdowns. This is one Seneca East probably really wants to get with a game against Colonel
Crawford and consecutive road games to follow.

Mohawk (0-3) – It looked like Mohawk might get one in the win column against a tough Gibsonburg
team, but the Warriors came up just short, 26-22. Mohawk scored more than twice as many points
against Gibsonburg as it had scored in Weeks 1 and 2 combined. Now, the Warriors have, what I think
to be, one of the most interesting games of the week when they travel to New Washington to take on
Buckeye Central (3-0). Is BC for real? Can Mohawk get the win and start building toward a successful
season? Ben Bogner seems to be the one at quarterback for the Warriors after coach Eric Daniel openly
said a two-quarterback system could be in play for Mohawk this season. Bogner has completed 24-of-
55 passes for 283 yards while running 26 times for 100 yards. Zaiden Fry leads Mohawk with 115
yards on 13 carries. After the Buckeye Central game, the Warriors finish their four out of five road
games to start the season at Wynford.

Lakota (1-2) – If you would have told me that Northwood would only scored six points against Lakota, I
would have bet $1,000 the Raiders would have won. That was not the case last week as Lakota fell, 6-0
on the road to the Rangers. Lakota was never able to find the end zone and one sweep play to the right
allowed Northwood to score the lone touchdown of the game. CJ Biddle was at quarterback last week
for the Raiders and thus far, has completed 6-of-15 passes for 116 yards. Grant Bomer, who started the
first two weeks for the Raiders, has completed 18-of-27 passes for 175 yards and three touchdowns.
Micah Williams continues to impress on the ground with 34 carries for 233 yards while Biddle is up to
28 rushes for 226 yards. Lakota has just three touchdowns through three games and all came from
Bomer's passes. Things don't get any easier for the Raiders, as they travel to Hopewell-Loudon this
week.

For other high school football teams in the area:

Both Tiffin University and Heidelberg got off to dazzling starts – both won by shutout.
Tiffin (1-0) – The Dragons went to Walsh and after a scoreless first quarter, Tiffin laid the smack down,
42-0. Quarterback Christian Carter scored on rushing touchdowns twice in a 17-second span to get
Tiffin rolling in the second quarter. He completed 17-of-32 passes for 214 yards and two touchdowns
while running seven times for 66 yards and three touchdowns. Darius Pinnix added 12 attempts for 68
yards on the ground with Jalen Thomas leading the team with 65 yards receiving on four catches. Tiffin
opens its home slate Saturday at 1 p.m. against Ohio Dominican, who knocked off pre-season Great
Midwest Athletic Conference favorite, Findlay, last week. I'll be at Frost-Kalnow Stadium to see the
Dragons in action.

Next up: vs. Ohio Dominican, 1 p.m. Saturday

Heidelberg (1-0) – I was at Hoernemann Stadium last Saturday as the Student Princes shut out Adrian,
31-0. Heidelberg scored on the third play of the game – a 63-yard strike from Drew Sims to Brandon
Reed – but two turnovers kept the Student Princes from really opening the lead. It was 10-0 at halftime
and 17-0 when Heidelberg put together a nearly eight-minute drive to put the hammer down in the
fourth quarter. Easton St. Clair finished off the big defensive performance for Heidelberg with an 82-
yard interception return for a touchdown. The Student Princes travel to Otterbein at 12 p.m. Saturday as
the two schools celebrate the 30 th anniversary of the Rhine River Cup. Heidelberg and Otterbein played
the first-ever college football game in Germany 30 years ago.

I finally got my first look at Tiffin Calvert this past Saturday and they are just as impressive as they’ve
been the past few seasons. The Senecas knocked off Division II teams Wooster and Norwalk in the
quarterfinals and semifinals of the Norwalk Volleyball Invitational before a loss to Division I
Columbus Bishop Hartley in the championship match. Calvert started the morning rough, dropping the
first set to Wooster – its first set loss of the season – before bouncing back for the win. Calvert kept
things going with a straight-set win at Hopewell-Loudon on Tuesday and host Sandusky SMCC
tonight. A trip to Lakota and home matches with Norwalk St. Paul and New Riegel await next week.
Mohawk appears to have set itself apart as the second-best team in the area. Who knows? Mohawk
could be the best, but we will likely find that out come tournament time. The Warriors are undefeated at 6-0 and boast quite the dynamic duo of sisters. 6-foot-3 senior Emily Klopp leads the conference with
5.14 kills per set while 6-0 freshman sister Elizabeth Klopp has the makings of the next big thing for
coach Eric Hoover. Mia Miller makes the formidable 1-2 punch for Mohawk with 2.21 kills per set for
the Warriors.

Seneca East (7-1) and Carey (4-1) are also near the top of the league standings with one league loss
each. The Tigers’ lone loss came to Carey while Carey just suffered their first loss to Colonel Crawford
in five sets Tuesday. Madelyn Boes and Hillary Bogner are big hitters for Seneca East while Carey is
led by Parker Vackert. Hopewell-Loudon is 3-4 overall, but does sit right behind Calvert in the league standings with the lone loss. Honestly, outside of who wins the River and the bottom two finishers is up for grabs. Calvert sure looks like it will win its fifth straight league title while Gibsonburg and Sandusky SMCC are near the bottom. New Riegel has to get it together or it will assuredly be right down there with them two. Hopewell-Loudon, Fremont SJCC, Danbury, Lakota, and Old Fort could finish anywhere between second and sixth and I would believe it. Columbian is 3-5 right now. The Tornadoes topped Norwalk in four sets last week and host a very tough Vermilion squad tonight. After tonight, the grinder of a schedule doesn’t get easier with a trip to Perkins, home against Bellevue, and a trip to Mohawk. Vermilion, Perkins, Bellevue, and Mohawk in a nine-day stretch? Woof.

Everything else
Golf, tennis, cross country, and soccer are in full swing and some are more than half-way through their
seasons. The big note this week is the Tiffin Carnival this Saturday at Hedges-Boyer Park. There’s
usually 480,326 runners each year that run at… just kidding, I made that number up. But seriously,
there’s thousands of runners and hundreds of teams from across the state that will run Saturday in
Tiffin. It’s an all-day event that takes weeks to plan, so kudos to those in charge of the meet and all the
activities. I know when I worked in the restaurant business here in town, we were busy from open to
close, almost non-stop on Tiffin Carnival day. The weather is supposed to be gorgeous, so if you’re
adventurous, make your way down to the park and take it all in. I’ll be across town at Frost-Kalnow
Stadium as Tiffin opens its home slate against Ohio Dominican. 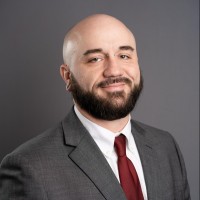 Nate Mullins
Owner of Mullins Entertainment Productions, and head of sales at Heart of Ohio Sports, Nate has an associates degree in Music Business and over a decade of experience in media. Along with his duties at HOOS, he is a devoted husband, a father of three boys, Bailey, Gabe, and Issac, and he also volunteers his time as a board member for local non-profit Tiffin Youth Football. Follow him on twitter at @N8_Mullins, or email nmullins@heartofohiosports.com.
« NFL WEEK 1 BETTING PREVIEW WITH JOEY KRAJEWSKI
Tiffin Calvert AT Gibsonburg HSFB - 9-9-22 »